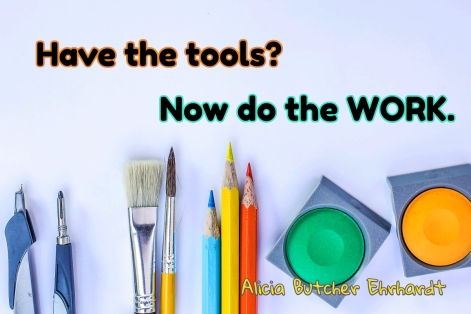 Damage comes in many forms in the aftermath of a medically traumatic event to self or loved one.

The point of no return is frighteningly close.

Way too many people I know have lost a parent permanently over a stupidity: the hospital ER staff didn’t consider Mom was dehydrated – until her kidneys were permanently damaged.

Inappropriate drugs in the hospital pushed Dad over the edge.

The hospital gave a friend access to infections somehow, and he almost died after a routine biopsy.

I could EASILY not have made it: the 95% blockage causing the chest pain was missed TWICE by the ‘gold standard’ cardiac catheterization, and I was actually sent home as ‘fine’ the first time, to spend six days dealing with chest pain I had been assured was NON-CARDIAC.

Life is short and hard, and we all die at the end, but sudden death – and near misses – wreak havoc with one’s sense of self.

And most of the above happened to people I know in very recent memory, so you can say I’ve been more than usually primed/skittish/on edge. I was chronically ill, but okay because I could write, albeit slowly.

Fear must be conquered over and over again

I’m going to keep this short (ha!), and just put right here this afternoon’s fear thoughts. Maybe they – or the process of getting them out – will resonate with someone:

PTS takes what it takes – I had to spend some time on it because I’m not just snapping back as hoped for.

Am I really that afraid to try to write, given the lame effort I produced on drugs?

I am afraid of having lost it somehow during this bad half-year, or just the bad three months past.

I don’t have enough of a following for them to read my writing if it isn’t great.

I wouldn’t WANT them to read my writing if it isn’t great.

What has taken a hit is my self-image as a great writer.

And the sad part is that I would never do that to someone else. Ouch.

Ego/fear. Takes something like this to shake you up again, because that self-confidence is a trifle fragile.

Or because talent is. Even with hard work, great writers lose it. The Peter Blatty example – Dimiter, which I found unreadable – is always before me (though I should reread The Exorcist – maybe I was less discriminating when I found it so gripping. Ouch.).

Which is fixed by work. If you’re lucky.

And now I can try to do the work again, and I am immensely grateful.

Even though I haven’t succeeded yet, and am getting frantic.

AFTER-EFFECT: It is taking me a lot longer to get the brain to the functional stage the way I used to, and some days there is no click, and THAT is the after-effect: time delay.

THAT is the drugs and getting them out of my body and the damage there still is.

Additional slowness – to a system that was marginal at best.

I refuse to consider that it may take a year to get ‘me’ back.

But it may take a few more days for everything to come back, for the damage to be repaired.

And I’m still afraid that the residual effects might be permanent: lots more prep – and much less functional time.

And I’m FAR tireder than I think I SHOULD be.

Silly me: where do I think all this effort came from?

Even good stress – defending my choice – is exhausting. None of it is cost free to people like me.

There’s never been any slack, which is why I excoriate myself when I think I’ve wasted time, like today, by not just gritting my teeth and getting back to work. Made it worse When I know I can’t write with that low an energy level.

And [my assistant] is coming, and the other front patch needs weeding, and…

Things are what they are

And none of us expect sympathy or pity for whatever life throws at us and we are forced to handle.

This is part of dealing with the Post-medical-trauma-stress: realizing that it didn’t just add its own bits, but it REACTIVATED all the fears about myself and my writing that I had dealt with/shoved under a rock.

Because that’s what stress does.

It is so hard to let more days go by without getting any writing of fiction done.

At least I did my exercises in the morning, and I got out in the afternoon. Both may contribute to eventual improvement.

I’m still working on it. [I’d rest even more if I thought it would help.] Obstinate type.

Comments always welcome – thanks for all the support as I put myself back together.

4 thoughts on “Dealing with stress after medical trauma” 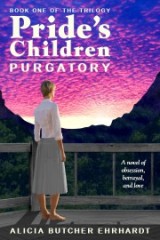