Concerned about occasional blood pressure spikes, I asked the cardiologist to prescribe something with the fewest side effects possible, and was given a prescription for an angiotensin II receptor antagonist (ARB) called Diovan, which was filled with a generic called Valsartan – and I’ve again lost ten days of my life.

After I’ve had a horrible pain and zombie-brain time with it, I start getting more detailed with my research, and find out the Celebrex (my pain med and ONLY other prescription med, which I finally found after trying about thirty other things) and Valsartan (and not only other ARBs, but also ACE inhibitors and betablockers (my old pal from last year, metoprolol – which contributed to last year’s hell, and which I also won’t take again)) are contraindicated because each drug makes the other drug less effective.

Also, people like me, with ME/CFS, are often sensitive to even small doses of meds. Starting on a SMALL dose would make a lot more sense. Maybe they think it was a small dose. I don’t. Ask my husband about my pain-filled week+. I don’t like to spend a long period of time breathing through pain I can’t seem to get control over, while worrying about the extra load in painkillers and what they will do to me and my poor overloaded liver and kidneys.

Just generally annoyed – and farther behind – AGAIN. It gets tiring. And when they don’t even call back after a week after I reported side effects (they said they would), even more.

I halved the dose, then quartered it, then stopped. Five days later, I’m starting to regain control, and my mind worked last night for a couple of hours. Woo hoo!

And yes, I’m aware I’m two days late for Pi Day, and didn’t get any pie. Hope your life is more even-tempered.

And I’m still worried about those occasional spikes. But no med will help if I CAN’T TAKE IT! 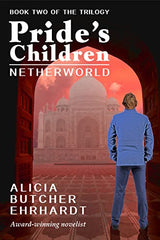