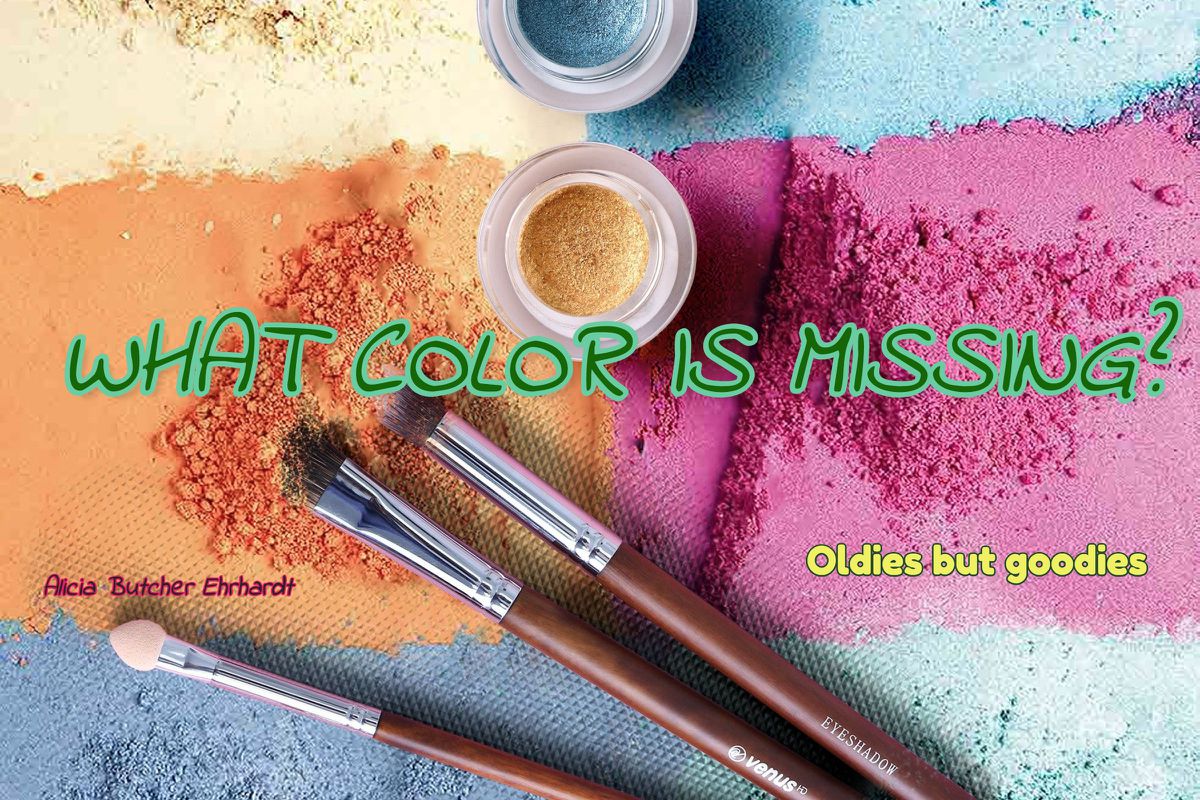 AND HOW WOULD YOU KNOW?

‘Missing’ is an odd concept

For a visual or graphic artist, there a billions of colors – digitize the spectrum as finely as you like to get as many distinct numbers as you need.

Of course, you can’t use them all.

And at some point the human eye can no longer distinguish between the shades.

A complete scene is another odd concept

That’s where the art comes in, for each writer, in deciding how much stays, how much is irrelevant (including whether or not to use scenes at all, but that’s getting a little too experimental for me).

From January 2013 comes an answer that turned my brain topsy turvy:

I had an interesting experience recently which gave me ideas about finding – and solving – plot problems. In the course of playing too many games of Free Flow on DH’s new iPad mini, I solved all but a small set of the 14 x 14 levels included. It irked me that, no matter how many times I went back to the remaining small unsolved set, even starting completely from scratch, I couldn’t find the trick to the solution.

A minor problem, you say. Agreed. But games can be useful (I know – this doesn’t justify all that time spent gaming) – or humans wouldn’t have invented them, and wouldn’t get so much stroking from them, so much pleasure, that they can become addicting. There is a sense of completion that releases endorphins and other good brain chemicals when a puzzle is solved.

So, I continued to come back to this set of unfinished puzzles.

But it wasn’t until, in desperation, I turned the iPad upside down that I found my answers: even though I had started each level from scratch, the orientation of the dots (you are trying to connect each colored dot with its mate in such a way that all squares on the board have a color in them and NONE of the squares is EMPTY) had locked into my brain prematurely, and I literally could not see them in a different way.

It actually HURT my brain to turn the iPad upside down, and to view each puzzle WRONG – but in a new way.

I told myself anything that made my brain hurt must be good for it (on the theory I hold that the brain is a muscle-like object, and it must be exercised).

I deliberately tolerated the stress – and quickly solved the remaining puzzles I had been struggling with for more days than I care to admit. Immediately. The skills I had developed for this particular little game had settled too soon into working on the default orientation – a technique that got me successfully through most of the 750 puzzle levels that came with the game – but not all.

I’m doing something similar with the scenes I’m revising now:

I have text for these scenes, text that I like, and a flow through the plot that strokes my brain (we all write, first, for ourselves), but it isn’t good enough.

Revising in place, just taking the words that are there, the order of words in a scene, and making them better, is good and useful and satisfactory – after all, I worked hard to write them originally.

But it doesn’t solve all the problems. I’m stuck, in some scenes, with a feeling that I haven’t done my complete job, that there are unexplored empty ‘squares’ on the grid. A feeling that if I notice a tiny void, a reader will, too. My brain hurts.

But the reader can’t fix the problem. That’s my job. If my writing isn’t satisfying me, it has no business going out into the world.

So I’ve been taking the elements of a scene, and going back to ‘start.’ Rearranging the order, re-thinking, re-visioning.

Turning the scene completely upside down, asking beginner questions: What does this scene do? Why is this scene in the book? What can the reader only learn here? Even, Why the heck did he do that?

I’m hampered by the fact that I can – as an end result of many years of reading – turn out clean copy that LOOKS finished with relative ease. And once it is fixed in black and white on the page, it is very hard to question what looks ‘published.’

But if I identify the plot problems – the little bugs which irk the brain – those empty squares – and solve them, I get the endorphins. And a scene I have to admit is vastly better.

The interesting part has been that I have found extremely few places where I want to go back and change something in PURGATORY – which I just finished rereading.

Apparently, once I’ve got it, it locks in, and then it’s real, and I don’t need to go back. I didn’t think it would be so.

If you’re a writer, do you find a strong stop for each scene – or do your scenes make you want to get out the editor?

If you’re a reader, can you tell when something is finished?

6 thoughts on “Plot quirks as much as holes”