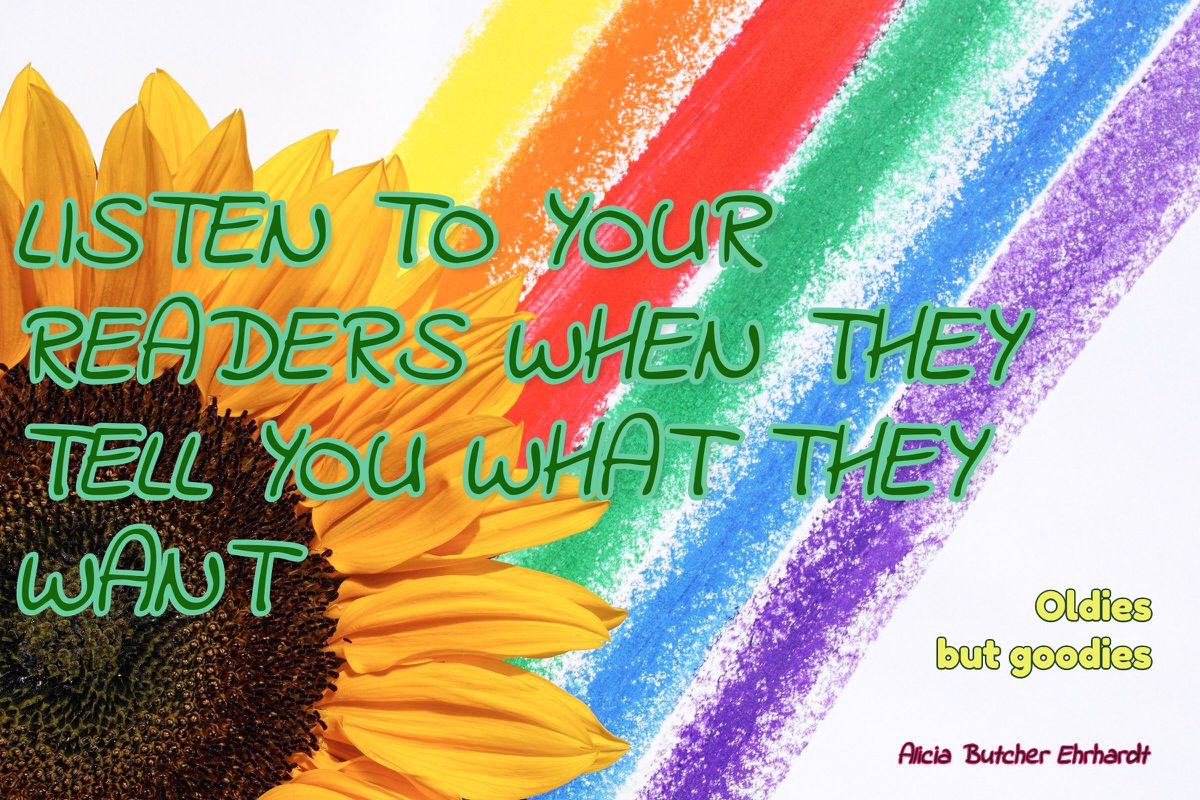 HONEST FEEDBACK IS ABOVE RUBIES

This one’s as true as when I first wrote it, before even being published at novel length, and in general people who ask for feedback in my various online writer’s groups are open to getting it, and gracious when it isn’t quite what they asked for.

Maybe I’m getting pickier at the groups I’m in.

The principle is the same: if you’re going to argue with the messenger, don’t order the service.

The importance of covers

Do you argue with the gift-giver?

18 thoughts on “Listen to the priceless gift of feedback”