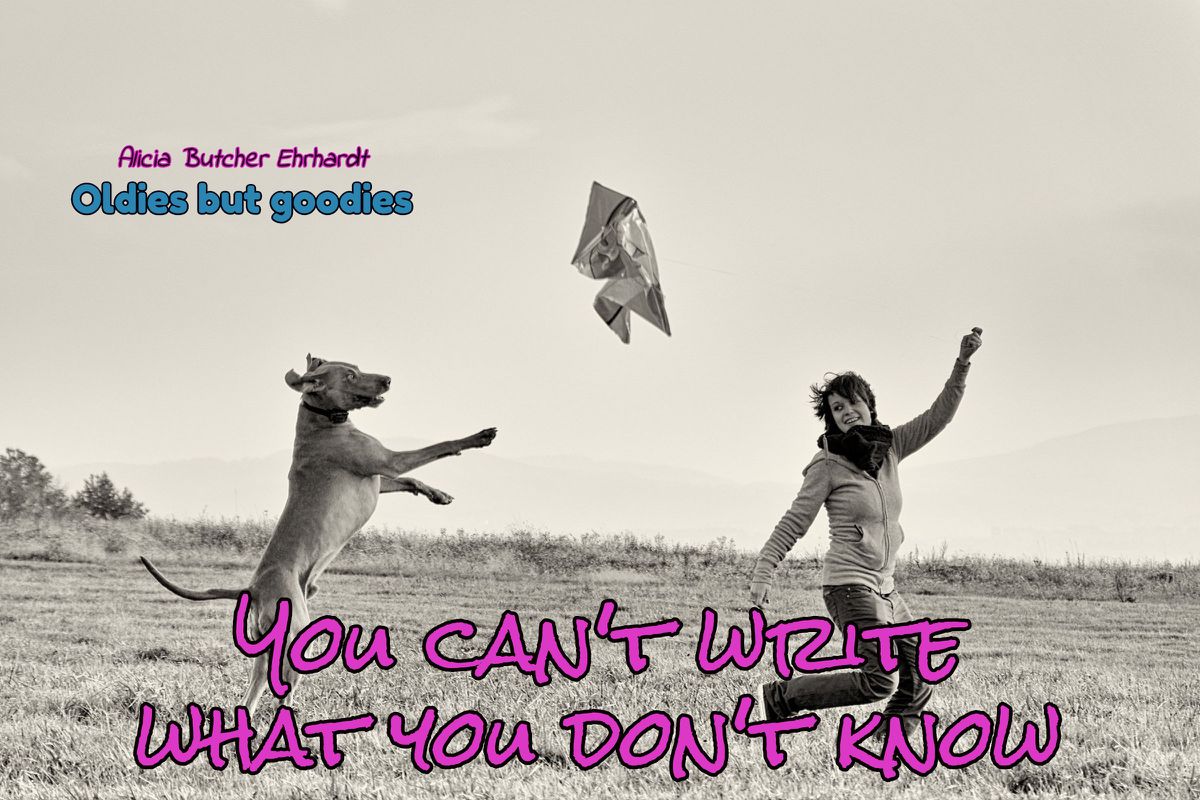 WRITE WHAT YOU KNOW – YOU CAN LEARN

I have taught myself to write from ‘right behind the eyeballs’ of the characters I’m giving voice to.

It is a process similar to Method acting – or to becoming possessed.

I even try to keep the observation of the character to the minimum intrusion I can do.

Writing characters: To be someone else

The only way I can write a character is to find the part of myself that IS that character.

Everything I have ever heard or read is part of me, and every part of it has to fit in to what I know of the world, my version of reality.

I don’t know what features and programs I came pre-loaded with, but the only access I have to it is how I react to things when they happen to me. Nothing inside me is untouched by the world I was born into, and the world I have added to that every day of my life.

Everything is a product of my experience plus how ‘I’ reacted to that experience.

One of the pre-loads is obviously that marvelous capacity for self-examination, the human consciousness, the ability to be self-aware. I don’t always know why I did something, but, with patience, I can often figure it out. Eventually.

What does this have to do with characters?

Before I can write how a character thinks and acts, I have to put myself into an alternate universe where I imagine or create how the character got to the place where he can be what he is, or she can do what she does. The backstory has to explain the present that I write in.

It gets scary: by the time I have it, at whatever depth, the character IS me – if I had lived through what she has and started with who she was born as.

I have to do some of that even for minor characters, where it helps to cast a few steps back from the present, so that the present at least seems grounded in some kind of logical conclusions.

But for the major characters, it has to go deep – deep and very far back. As far back as the baby he was, who his older sisters were, and where he fit his family’s needs.

I add his alternate universe, and mark him with the events that will take him to where I need him to be.

Then the present makes sense, a convoluted but self-consistent sense, and his actions and words are inevitable.

It takes extra time to switch from character to character, to give a reader the right perspective for each scene, so it contributes to the story whole.

It would be so much simpler not to.

But I would neither be doing my job – nor having so much fun.

Do you like to become the characters you read?

6 thoughts on “To write a character become the character”