I WOULD RATHER SAY I’M WRITING REGULARLY

but the reality is different: and I have a temporary good excuse.

BTW, WordPress is giving me a hard time here, but the photo above is a picture of one of the coffee bean plants I’ve managed to keep alive since they were given to us by one of our new neighbors (as babies). I guess you could call them toddlers now.

I’ve named them Castor and Pollox. One of these days I will figure out which is which, but they came out of the two halves of a single coffee bean, so they will always be twins.

Our new place faces north (we picked it that way so I can sit by the window every day), but there is an indentation, and there is a window ledge which gets sun in the morning. The plants have been much happier (How does a plant display ‘happy’? It grows.) since they get some morning sun, even though coffee plants grow best in shade.

They get the same treatment my houseplants did in New Jersey: if they live, I water them once a week or so, and they are allowed to continue living.

This is true of the twig that came with a flower arrangement a while back – because it had perky green leaves, I continued to water it, and I think it’s still alive, probably with some rooting going on in the block of florist foam that holds it. One of these days I’ll plant it. If it’s still with us.

Something has changed since the move.

There are a lot more people here, and trying for a minimalist experience – having dinner several times a week with new friends, is challenging for someone like me who used to try to limit leaving the house to twice a week.

Because I now have the pools (have to use them on these hot summer days) and the adult trike I just bought from a resident who is 91, and isn’t planning on riding it any more.

And an occasional concert. And a Mass/communion service twice a month. And a very occasional resident’s meeting or management/resident meeting or…

It isn’t the time commitments

And the occasions are all pleasant, not too taxing (for the normal person) and something to do.

Plus the many decisions (we bought new mattresses!) involved in having a new home (I got the new doctor, after about a HUNDRED hours over four weeks, to give me the exact SAME pain prescription I’ve been using for fifteen or more years).

I still don’t have a California driver’s license; it’s next on the list. I think.

But the time commitments have been far more than I had before.

And I’m trying to keep up with a few friends back home, and my family in Mexico.

as frequently as I need it to.

For as long as I need it to.

I sit at this computer every day, doing all the things that usually worked in the past – blocking the internet, taking B-1 and B-12 (I’ve now added a Vitamin C pill), pacing and taking naps as needed, trying not to eat carbs (they mess with my mind – but I had dessert last night).

But the creative brain isn’t clicking on, and when it does, it doesn’t stay on for long.

To give the ol’ brain some help

I’m trying the last ME/CFS managing trick I had saved for a time like this: Low-dose naltrexone (LDN).

It has helped many people with ME (and other things) function.

But it may eventually help with pain and sleep and possibly some of the exercise intolerance, and maybe the orthostatic intolerance. I dunno.

I’m taking it for less brain fog – and there are no guarantees.

It was prescribed to me by a neighbor/doctor who used it with his patients.

But back in New Jersey I could still manage to write

Most of the time. Slowly. By not leaving the house. By doing almost nothing.

And you don’t mess with what works.

So I’ve had the capsules for two years without trying them.

Brain creativity doesn’t seem to be coming back, or not fast enough, or strongly enough.

Thing is, there’s a ramp up period for LDN

To avoid side effects, and overdosing, the recommendation (I have a nice FB group with supportive knowledgeable people) is to start very low (0.3mg for me), and not increase the dose more often than about every two weeks IF you aren’t having continuing bad side effects.

Because I AM having (minor) side effects – when I change the dose (so far twice). And one of those is disturbed sleep – until you get used to the dose!

All I can say so far, after a month, and two steps on the dosing schedule, is that I’m tolerating the LDN.

And that there seems to be a positive effect on several areas, small, but I can’t REALLY tell yet, and, though I can work a bit longer at a time (‘work’ defined as ‘butt in chair’), I haven’t gotten enough better yet in achieving the level of brain functioning that I need to write reliably.

Something extra: it may help with walking, some, by diminishing the pain walking now causes.

What does the future hold?

Dunno. And LDN is NOT a cure for CFS or POTS or any of the other symptoms. Especially it is not known to be a cure for fatigue or exercise intolerance.

I have plenty of time – the move was the correct solution for so many things: social isolation, shedding the requirement for house and yard and vehicle maintenance, being prepared for when we need higher levels of care (it’s downstairs, and people there are still part of the community), better weather, exercise facilities (for my poor joints and muscles)…

My best hope is that these hours on the computer will start being my happy time again, my functional time, my ‘she has a brain’ time, and NETHERWORLD will get finished and published.

I’m spending a small amount of this current time in promotion – getting more reviews – and hand-selling. I will tell later if anything comes of any of it.

But there has been a LOT of change, and it takes time to absorb change and to adjust to a new system of everything.

It’s slow – but I hope it will speed up soon.

And how are you? 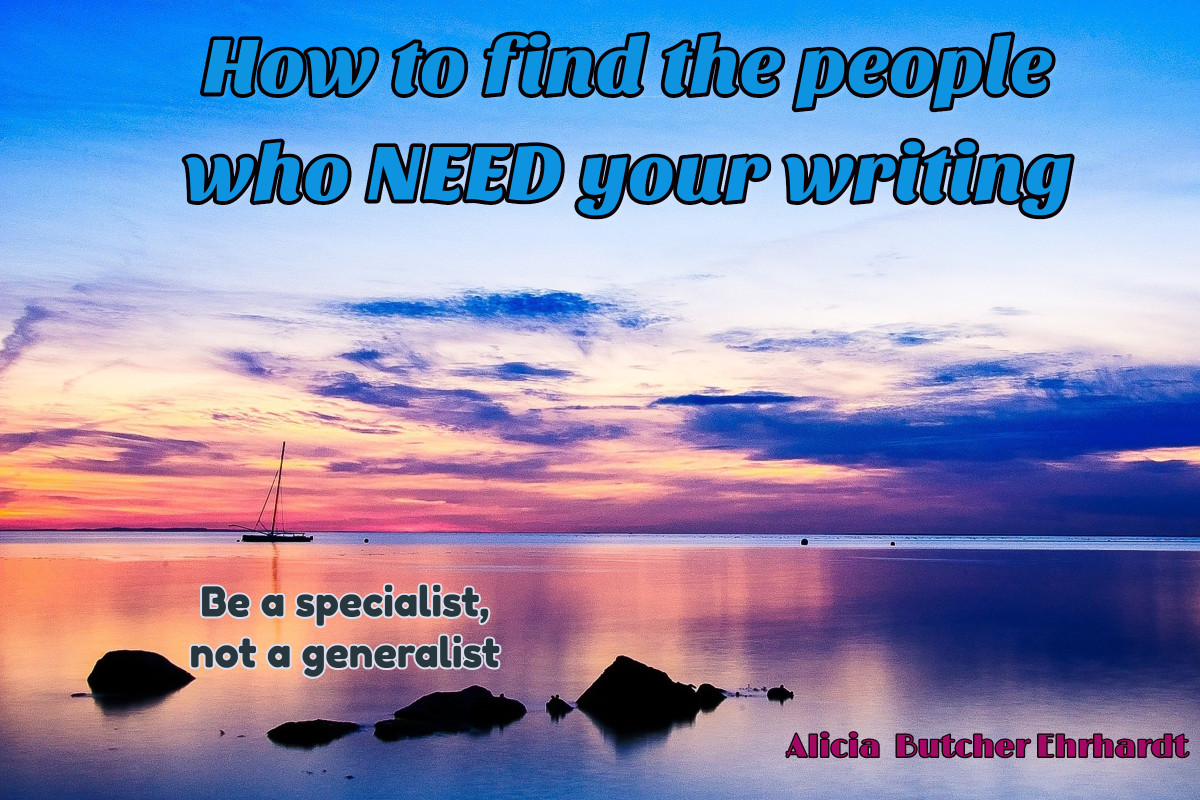 DEMOGRAPHICS IS NOT THE WAY TO YOUR FANS

I HAVE BEEN WRACKING MY BRAIN since I got the idea for Pride’s Children. In the year 2000.

Because marketing is consumed by demographics – to women of a certain age and income; to children; to men who own pickup trucks.

Demographics are characteristics of a population. Characteristics such as race, ethnicity, gender, age, education, profession, occupation, income level, and marital status, are all typical examples of demographics that are used in surveys.
Mar 12, 2012

Birds of a feather flock together.

I need a different kind of marker

Something that has to do with the kind of reader people are, and the type of books they pick on their own.

When I get the chance to ask, my readers usually have some of the following features:

How on Earth do you call that a demographic?

One reader told me he had learned a lot about himself, and would be rereading.

Another has told me he was surprised to be pulled in.

Others have mentioned liking my writing.

you have managed the best instance of “the story is not finished, but this segment of it feels finished” that I have ever encountered

Many start, and put it off because they find a density they want to read slowly – and I wonder if they ever get back.

My return visit had me entrapped in Prides Children and I haven’t GOT TIME, but maybe just a little more…supper time… must go…one more section… but just wanted to say its VERY GOOD, and what an ironic and sharp eye you have for le mot juste, and the silence pregnant. Very enjoyable, no sign of the damaged mind but I resonate strongly with your main character’s memory lapses and undefined connections of perfect lucidity once connected for the more lumpen Elise! I have not yet reached her TV appearance but it beckons. [italics mine – the TV appearance is very early in PURGATORY!]

I poke at it with the damaged mind

I wonder why there hasn’t been more recommending to friends who read.

I wonder when Elena Ferrante’s mystique is debunked, and suddenly her work isn’t as good.

I wonder when there should be a niche for disabled/chronically ill authors, with a little bit of slack from the establishment – and they tell me they are not taking indie self-published authors, while there are few in the category who get published by the traditional publishers. A pro bono approach I could submit to.

I wonder when I watch younger, healthier authors putting gobs of time into keywords and marketing and boxed sets and book magnets and publishing more books – and there is no way in h-e-double-hockey-sticks I can do any of that.

In this, my model, if you like, is John Kennedy Toole, who didn’t do any of that, because he was dead. A Confederacy of Dunces was pushed by his mother after he died by suicide, and won a Pulitzer after it attracted (was forced onto) the attentions of an influential writer, Walker Percy.

I need a Mentor, an Influencer, someone with a Voice

And haven’t a clue how to get one.

I need to ‘go viral,’ when that is as intangible as you can get.

I need to do only the writing, and am told over and over that all authors want this, and should get off their duffs.

I think I would do a great deal better on the writing side if I had some confidence in ideas which might pan out – and that I could actually do.

I’ll figure it out – or literally die trying. Morbid? Realistic?

I’ve started a hundred tiny brush fires, at great expense in time and effort. One of these days, one will burn down the fences.

And if you’re in one of my categories – or can add to that list – please let me know.

Thanks to Stencil for the ability to make graphics.

Also let me know if WordPress is causing you grief by putting in ads; supposedly the ones on a desktop go below the posts, but I understand the ones to mobiles can be intrusive.