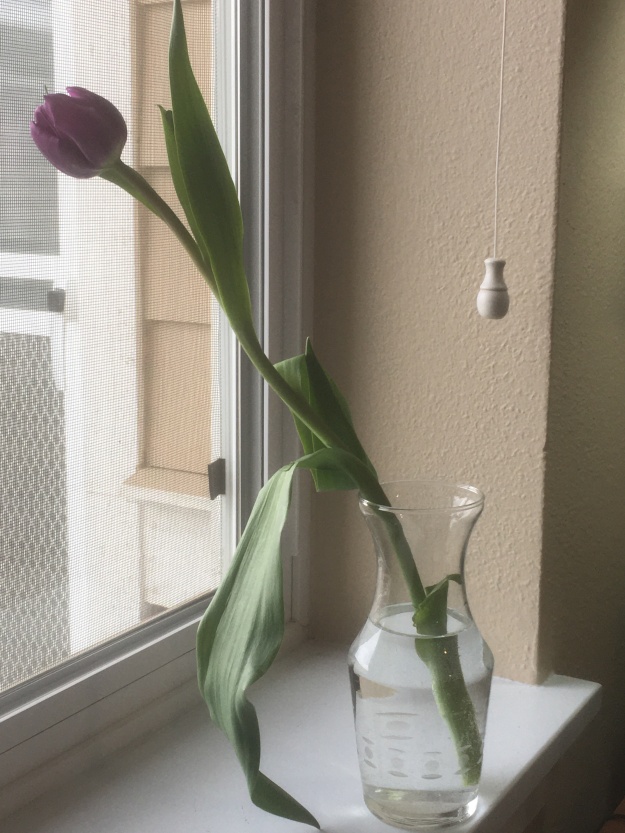 Hope springs eternal in the Spring

Here at URC, Fourth Floor East is a little subcommunity.

One of our long term residents has been organizing Wing Dings – a chance for us all to get together for dinner as a wing – for years before we came.

One of our newer residents has joined her in building a sense of neighborhood on the floor. This morning this lovely pink tulip was delivered to our door. It will grace my windowsill for as long as it lasts, with the comfortable thought that we’ve moved to the right place.

Outside groups have been canceled for the duration

But I had already sent a notice around,

…there is a Celtic Band Concert scheduled on Monday March 16 in the auditorium.
Since we are having somewhat erratic public functions at URC, Larkin and Bill and I decided:
1. IF there is a Celtic Band Concert that night – folk-singing will be canceled, as most people will want to go to the concert.
2. IF, for some reason, the Celtic Band does NOT come to URC that night, we’ll be at the piano lounge at 7:30 as usual.
So we’ll have music that night either way.
Hope everyone is staying well.

‘Some reason’ has come to pass – but we will have music Monday night, and we’re having desperately needed rain over the weekend, and the flowers (including sneeze-inducing pollinators) are in season, and today is good.

6 thoughts on “Friendship in the time of coronavirus”